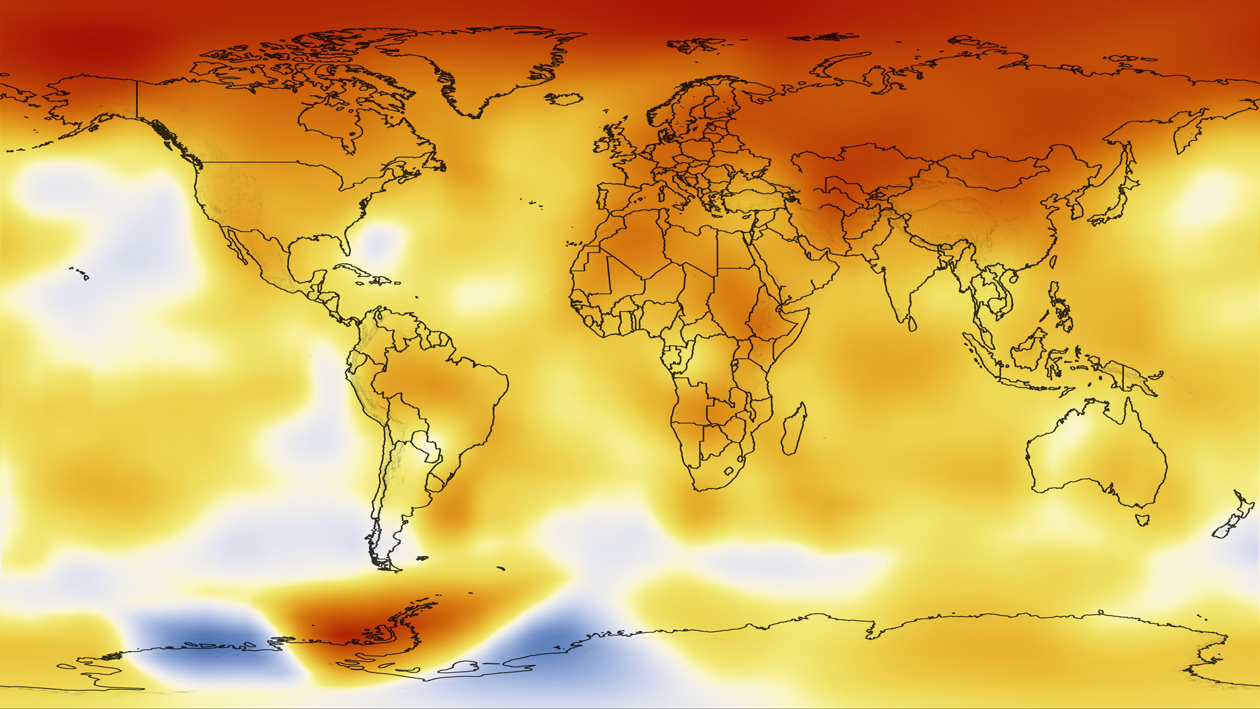 Despite a comprehensive climate bill passing the House in 2009, the enactment of some policies that may reduce CO2 emissions over the long-term, and continuing Congressional discussion of a clean energy standard, it seems that clear paths forward on climate change are not emerging.

Nevertheless, in spite of some debate as to the phenomenon’s authenticity, climate change does not seem to be going away. June 2012 was the 328th straight month above 20th Century temperature averages, Greenland’s glaciers are melting more than ever due to “freakish weather,” and the UT Energy Poll reports that the American public’s belief in the phenomenon has risen to 70% in recent months.

In an article for Rolling Stone titled “Global Warming’s Terrifying New Math” environmentalist Bill McKibben argues that an environmental-economic double bind has us heading over a climate cliff. International political consensus holds that the world must avoid a 2° C rise in average global temperatures to avoid catastrophe (although some believe this threshold is far too high, and have called it “a prescription for disaster”). Consensus among scientists and climate modelers is that global economies can emit up to 565 gigatons of CO2 to stay under the 2° C threshold.

According to McKibben, global fossil fuel companies and petrostates are sitting on oil and gas holdings sufficient to emit 2,795 gigatons of CO2—five times what is believed to be necessary to stay below a 2° rise. It is nearly certain that these fuels will be marketed and burned: these holdings are already factored into these organizations’ market values. Not using them would destroy the companies’ and petrostates’ value, which would undoubtedly hurt the global economy.

This environment vs. economy conundrum is moot point, however, if CO2 isn’t a pollutant and anthropogenic climate change doesn’t exist. However, even among groups that have historically challenged the existence of climate change and its validity as a public policy issue, that viewpoint seems to be drying up. Some conservative think tanks have been discussing the viability of a “carbon tax” as a part of a larger tax reform package. In a recent speech at the Council on Foreign Relations, Exxon Mobil Chairman and CEO Rex Tillerson said “I’m not disputing that increasing CO2 emissions in the atmosphere is going to have an impact. It’ll have a warming impact.” Tillerson went on to suggest, however, that we need not worry about stopping climate change. “It’s an engineering problem, and it has engineering solutions,” he said.

In a recent op-ed, the New York Times’ David Leonhardt seems to agree that there are engineering solutions to climate change. Pursuing energy technology breakthroughs through R&D efforts appears to be the world’s best bet to limit climate change, he argues.

How would you characterize the state of the climate discourse? What are the stakes of acting, or not acting, to mitigate climate change? Is there a politically viable, effective path forward on this issue?

How would you characterize the state of the climate discourse? What are the stakes of acting, or not acting, to mitigate climate change? Is there a politically viable, effective path forward on this issue?

The state of climate discourse in the US is still lacking, (see my comments here), but perhaps there is a general trend towards belief. The polls I’ve seen recently point… Read more »

[…] OurEnergyPolicy “The State and Stakes of  Climate Discourse” – The state of climate discourse in the US is still lacking, (see my comments here), but perhaps there is a… Read more »

Competent scientists keep warning not to confuse short-term weather variations with evidence of “climate change” or of “Anthropogenic Global Warming.” Sadly, this does not seem to discourage media from flacking… Read more »

Competent scientists keep warning not to confuse short-term weather variations with evidence of “climate change” or of “Anthropogenic Global Warming.” Sadly, this does not seem to discourage media from flacking… Read more »

“Definitely” is an overstatement. “NASA” presumably means Hansen. Even some of the sources cited in the Guardian piece are less confident than that. For a contrary, critical perspective, see: http://sppiblog.org/news/hansens-study-did-global-warming-cause-recent-extreme-weather-events… Read more »

Here is my take on the climate discourse. Global warming is real and humans are causing it. That greenhouse gas emissions are contributing to climate change is as accepted among… Read more »